CLI – A successful Debt Collection Agency thanks to well-trained staff.

2019 was CLI’s team best year so far in terms of training achievements. The commitment of our people to bettering themselves as well as the changes we have made produced excellent results.

Firstly, I want to congratulate the youngest members of the team. Lewis successfully completed Level 3 in Business Administration (after doing his Level 2 with us in 2018), and Ben’s exceptional performance in Business Administration Level 2 saw him selected as a finalist for Kent Apprentice of the Year. He and his mum went to the award ceremony (on his 21st birthday!) and both of them really enjoyed the experience.

Secondly, after a short break following her completing of Level 2 and Level 3 in Accountancy Hannah has just enrolled to start her Level 4 AAT which will see her fully qualified as an accounting professional.

Our two graduates have also taken the opportunity of the increased budget CLI has made available for training to start acquiring Credit Management qualifications. Elsie, who already holds a Law LLB (Hons) has 2 modules remaining before she completes Level 3 and can use ACICM after her name. Laura, who holds a BA (Hons) Business Studies graduated this year: Laura’s results in the Consumer Collections module were the best in the country and she instantly acquired “Credit Management Star” status and after less than 2 years in the Credit Industry, she is featuring in this month’s Industry Magazine, “CM”.

A special Well Done to Andrew, who also started on his CICM qualifications this year. He was the only one in Kent to do a Level 2 Credit Control / Collector apprenticeship this year. He managed to juggle full-time work, looking after 2 active boys, passing 2 modules and retaking his Maths GCSEs! He had lost his GCSE certificate… The good news is that he has now found it; the bad news is that it was too late, but I understand this was a good bonding year with his oldest son Josh, whom, conveniently, was taking his GCSEs this year! He is already planning to start Level 3 CICM next year, and thanks to a distinction in his apprenticeship, he is hoping for a couple of exemptions…

CLI did not just significantly increase its training budget in 2019: we also appointed Imed to the position of Training Manager. Imed is our most experienced collector. He was already giving a lot of his time assisting colleagues on a case by case basis and he was always very keen to take new collectors through their induction. He is now officially looking after the training needs of the entire collection team, from group training sessions on the various topics which need to be covered regularly (Compliance, GDPR, Vulnerability, Anti-Money Laundering, Anti-Corruption, Privacy Awareness, Information Security, Code of Conduct, Collection Negotiation, Complaints, etc.) to one to one sessions when specific training requirements are identified. His input has already made a huge difference in the consistency of the service we deliver to both clients and debtors.

Finally, well done to Edem who has received the nicest praise from a debtor this year. Here is the Google review Peter Lewis left for him as per below. 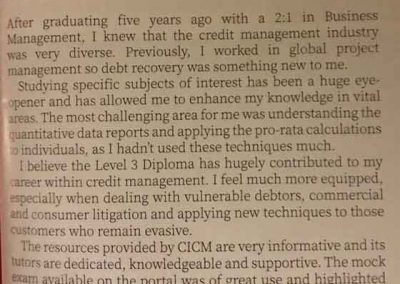 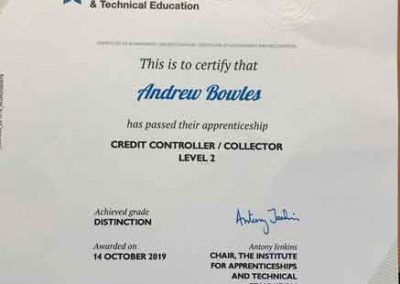 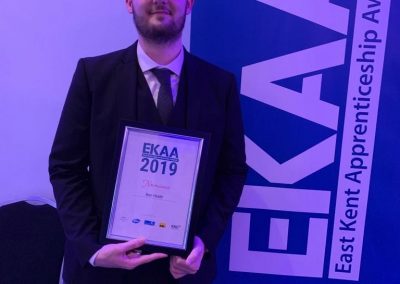 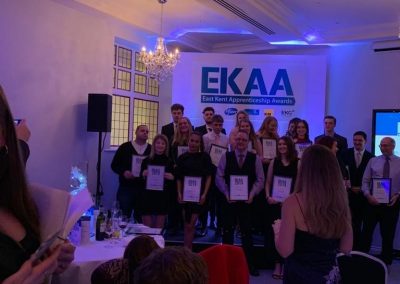 “These guys were fantastic. I dealt with Mr Edem Badje, who never made me feel that I was being hounded for money, Edem and his colleagues went above and beyond to get the matter resolved in an unobtrusive and helpful manner, and as I mentioned to Edem, if all debt collection agencies were like this, the world would be a much better place”.

Quality training pays off and we will continue to place it at the forefront of everything we do in 2020.

Are you looking to recover your debt?

Get a Free Quotation

If you are looking for a free quotation, fast and effective collection on an overdue account, or a durable solution to manage UK or international claims, please fill out our debt collection form.